How England won The World Cup 50 years ago is told in brilliant full-colour cartoons, drawn at the time.

Bob Bond, who worked for the Football Monthly, brings the drama and the humour of the tournament alive, match-by-match.

His superb penmanship is supplemented by stories from some of the biggest names in Fleet Street who were there.

Patrick Collins, five times Sports Writer of the Year, tells how England manager Alf Ramsey made a secret late night call to a highly distinguished football writer just three days before the Final. On the agenda? The dropping of Jimmy Greaves for Geoff Hurst.

James Lawton, another Sports Writer of the Year, magnificently sets the scene for the tournament, culminating in what Bobby Charlton called ‘the diamond of my days’.

John Keith, of the Daily Express, recalls the amazing North Koreans who sent Italy home in disgrace and found themselves three goals up in the quarter final against Portugal before Eusebio ended the fairy tale with four goals.

Steve Curry, former Chief Football Writer for the Daily Express, recounts the full emotion and elation of the final itself, revealing how, as a young reporter, he was left in tears as England prevailed in extra time against West Germany. 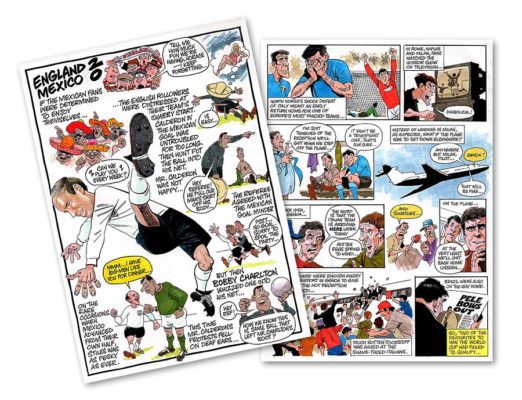