BOTH LEGS DOWN ONE KNICKER!

The latest book from Bob Bond!

Published by Austin Macauley, it’s a different book on sport, seen through a cartoonist’s eyes. 170+ pages of sporting contests, mainly soccer, from 1946 to 1996. 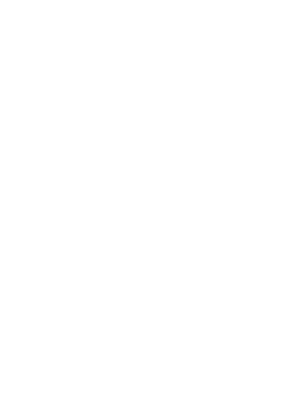 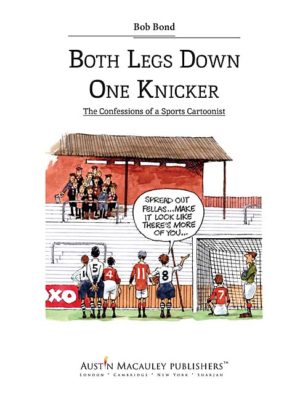 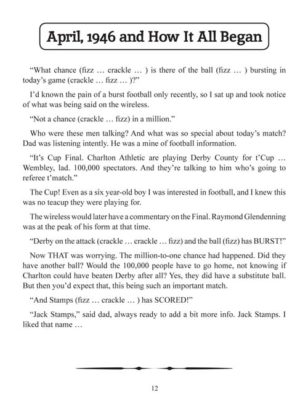 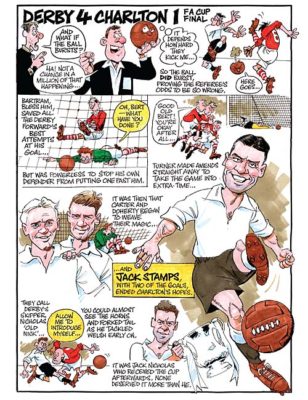 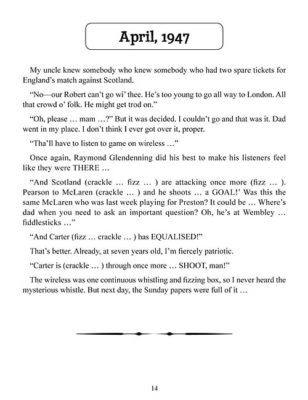 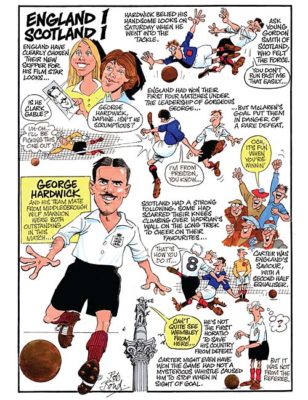 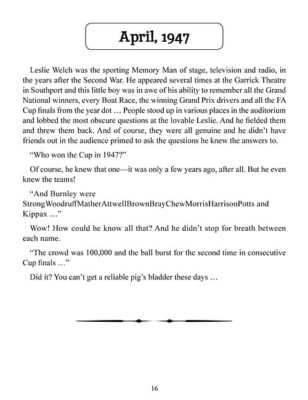 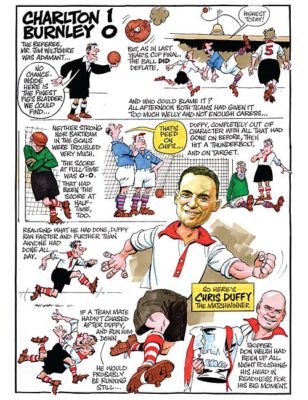 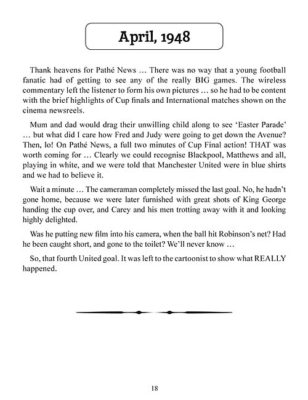 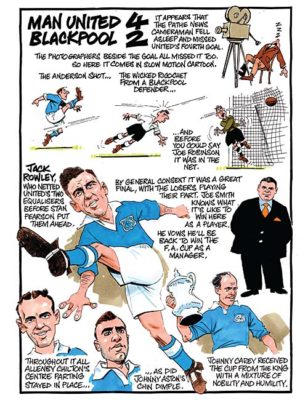 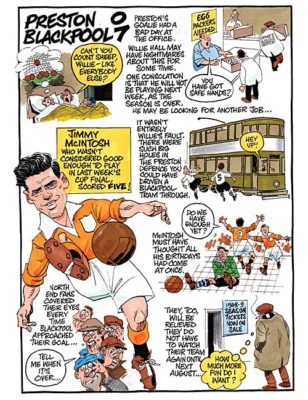 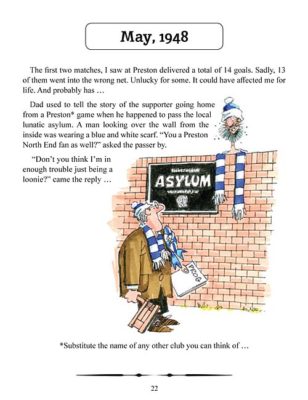 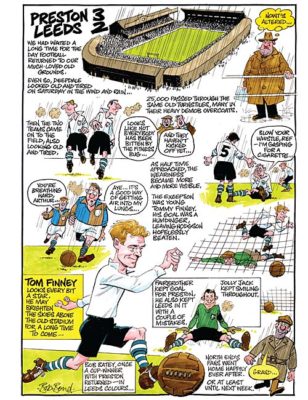 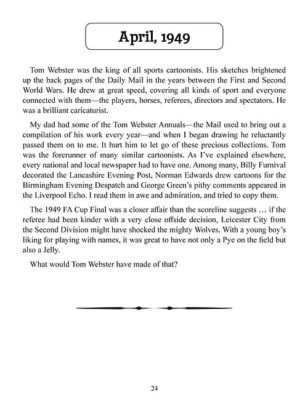 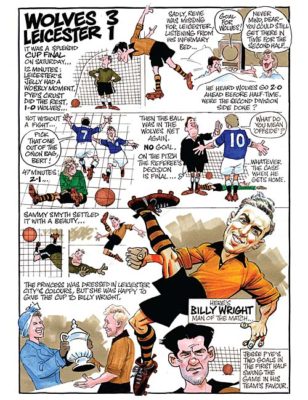 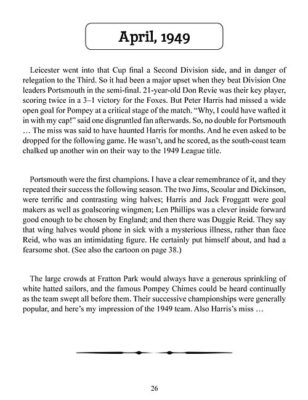 What kind of book is it?

It’s partly autobiographical, although I don’t give away very much about myself.

It’s partly historical. It traces the game of Association Football, with many of the star players of the 1950s, the 1960s and the 1970s, and some of the big matches, the changes and evolution of the game in those fifty years following WW2…

It’s profusely illustrated… that’s what I think makes it interesting. It’s a cartoon trail through those years from 1946 through to 1996 (nothing later than that).

It’s a little bit instructional, too… for any budding artist/cartoonist who wishes to do the same.

And I hope it’s a little bit funny, and will raise a smile or two.

Who is it for?

It’s mainly for the footy fan with the long memory. The one who thinks that football was better in the good old days. The one who believes that Moore, Greaves, Charlton and Best were as good as anyone around today.

Oh, and there’s a bit of cricket in there as well, and a nod towards other sports.

It’s mainly for Dad and Granddad (a Christmas present?) – although the younger fan might get some enjoyment out of it.

How did the cartooning start?

‘Would you like to have a go at a match cartoon for Monday evening’s edition?’ (the Sports Editor).

And away I went the following day to a match in the Lancashire Combination (as it was then), sat in the press box with the other reporters, picked up snippets of information, watched the game, noted all the important incidents, the colours of the teams, went down and ate a pie at half time (the best part of the experience), and when the game was over went into the winners’ dressing room and singled out who (I thought) was man of the match…

It was a quick profile, done through the cigarette smoke (profiles were what cartoonists did).

Then it would be the train home, all the time constructing the cartoon in my mind. It was drawn the same evening and then on the Sunday delivered to the newspaper office… and I waited. It didn’t appear in the paper.

‘Not good enough,’ said the editor. ‘Not really funny… and too cruel’ (I had been very critical of one player). I had to admit it was pretty rubbishy, that first one. But he let me try again.

And of course it had to be instantaneous?

That was the nature of the match cartoon. Sometimes you are able to spend hours and days over a piece of artwork, a book illustration – revising it, doing it again. Not so with the match cartoon. It had to be instant. First time. Often I wished I could do it again. But time didn’t allow. And there were no emails in those days – it had to be delivered by hand.

Where did most of the humour come from?

Sometimes from the pitch… comments and insults and blasphemies from player to player, from coach to player and particularly from player to referee. In one of the first matches I covered:

Referee: ‘You might think I’m a blind ****. But I can see the dressing room door from here, and that’s where you’re going. Off!’

Or from the crowd: ‘I could have wafted that one in with my cap…’

‘Look at Johnson… it’s like he’s got both legs down one knicker.’

That would be a good title for a book…