A quartet of comic histories featuring Arsenal, Spurs, Liverpool and Manchester United, with Bob Bond illustrating each in the same signature style that many will remember fondly from his days on Roy Of The Rovers.

Inside, you get to follow the fortunes of each team, from very earliest origins to pretty much the present – the volumes are right up to date to the end of the 2012/13 season, with new pages in these latest editions detailing the most recent events, including Fergie’s retirement and Moyes’ appointment, but not quite making it to Gareth Bale’s transfer.

All the big names and many more are in here as you might expect, Beckham to Brady, Henry to Hoddle, Greaves to Gerrard, Dalglish to Duncan Edwards. 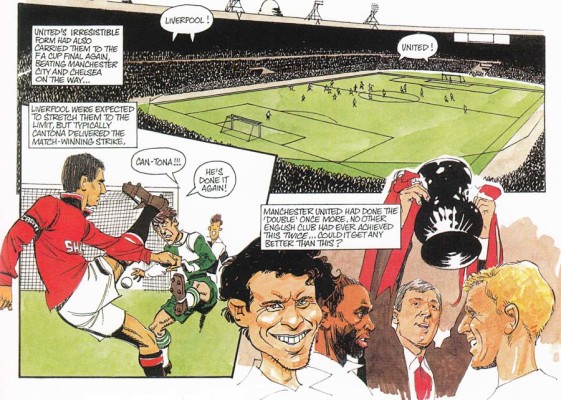 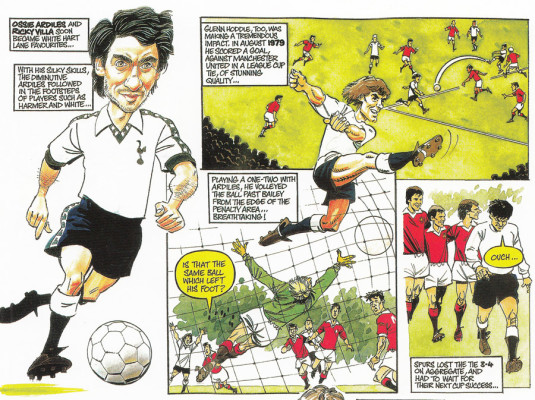 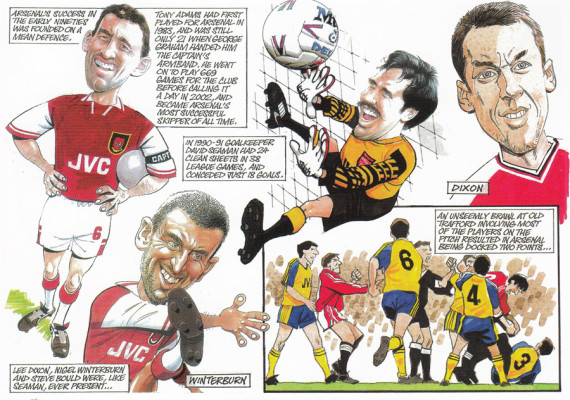